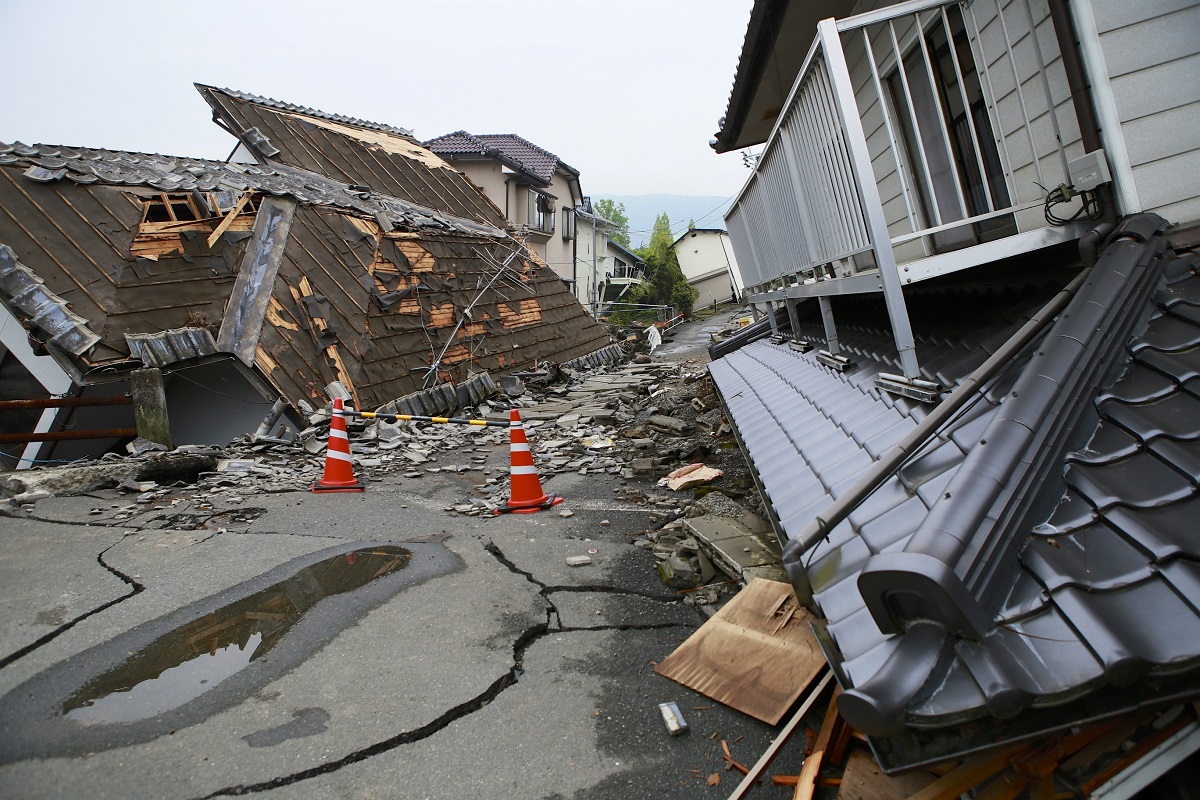 The ground thunders. Your world shakes, and your home can crumble around you. What can you do to stay safe during an earthquake?

Are you in the danger zone?

While most earthquakes in the U.S. occur in California, a large part of the country is at risk.

“According to the U.S. Geological Survey, about half the states in our country can experience a damaging earthquake,” says Mike, who has been with FEMA for more than 38 years and was deployed after the 1994 Northridge earthquake in Los Angeles.

“Probably the most famous ones were the 1811-1812 New Madrid earthquakes,” says Mike. “We had three magnitude 8.0-plus earthquakes in that area, which is on the border between Tennessee, Arkansas and Missouri.”

There are other faults throughout the country, including the Wasatch Fault in Salt Lake City, the Seattle Fault, and Piedmont Fault System outside of Charleston, South Carolina. There’s even a fault up in Boston.

Are you in an area where a strong earthquake can occur? Check the map above to find out!

What to do before an earthquake occurs

“You can never be too prepared,” says Mike, “and we do put out some publications to help in that regard.”

“[The Earthquake Home Hazard Hunt] shows a graphic of a house and several different items that could fall over and cause damage or injury during an earthquake,” explains Mike. “We highlight those things and on the back of that chart, describes how to actually do them.”

There are a number of steps you can take to prepare your home for an earthquake; however, Mike always recommends starting with your hot water heater.

Damaged exhaust flues for gas-fired heaters can also allow carbon monoxide to build up in the home, which can be deadly.

The best way to prevent your hot water heater from becoming a hazard is to wrap metal straps around the body and top, and attach it to the wall studs with lag bolts. This can be easily and rather inexpensively done with the help of premanufactured seismic strapping kits, which you can find at your local hardware store. Gas and water appliances also require flexible connections to prevent leaks and fires during an earthquake, but a licensed plumber is recommended for this task.

Other parts of your home also need to be anchored, such as elevated decks, porches, trellises, and carports, as these can collapse and cause injury. Chimneys, too, can be a safety hazard during moderate or large earthquakes.

“I’ve seen chimneys where they collapse into the house and cause injury,” says Mike. “That was one of the most severe injuries in the Napa earthquake about eight years ago.”

If your chimney does not meet modern earthquake bracing requirements or you don’t know if it does, consult an experienced contractor to help safeguard your home from damage and your family from injury.

Make sure to complete these additional earthquake preparedness tips to safeguard your family and help to reduce the risk of damage to your home:

FEMA’s Earthquake Home Hazard Hunt also provides more information regarding these safety measures, including what you need to know before turning off your gas valve.

What to do during an earthquake

There are two common reactions to an earthquake – freezing and trying to run out of a building. The latter is one of the worst things you can do.

“Things will fall off the building as the earthquake’s happening,” says Mike. “People have been killed by that.”

That’s why you need to “Drop, Cover, and Hold.”

“Drop to the ground and cover your head in case something falls on it,” says Mike. “If you can get under a desk or table to protect yourself, then do that.”

These few actions can help to protect your head from falling objects. Just make sure to stay there until the shaking stops.

What to do after an earthquake

Once the shaking stops, FEMA recommends vacating the building in case it’s been damaged and could possibly collapse. Once you’re out, look at the building. If it appears to still be on its foundation and not damaged or leaning, then it may be safe to re-enter. However, don’t unless you know it’s safe.

You should also be wary of nearby structures, which may have been damaged by the intense shaking.

“Don’t just look at your immediate surroundings,” says Pataya, who has been with FEMA for more than four years. “Look at the whole area just to see if you’re safe. Even if your building performed well, a building next to you might be about to fall over onto your building.”

Once you are back inside, make sure to check your utilities and their connections.

“Do you smell gas? If so, shut off the gas supply,” says Mike. “The electricity’s probably going to be off already anyway, but if you detect damage, then shut the electric off as well. Then just take care of yourself. Be safe.”

How long do earthquakes last?

“Generally, they’re seconds,” says Mike, “but they can, in some cases, especially with what we call subduction earthquakes that happen off the Pacific Northwest – those can go for minutes.”

Protect yourself until you feel that the shaking has stopped and be mindful of aftershocks, which are usually not as severe as the main shock.

“But they can still be severe enough to cause additional damage and injury,” warns Mike.

Make sure to not put yourself in a position where if an aftershock happens, you’re going to get injured.

One of the most frequent hazards after an earthquake is fire. Natural gas lines can break and cause significant fires. Small fires may also occur inside your home.

Landslides are another common occurrence, especially in wet environments.

“With climate change causing rain in some areas, that can actually increase the probability of a landslide happening,” says Mike.

Electrocution, too, is always a concern, so avoid down wires or broken appliances.

How to survive a disaster financially

Earthquake preparedness also includes preparing financially, so naturally, you may be wondering, “Do I need earthquake insurance?”

Since your home is one of your largest investments, you need to protect it. If you live in an area prone to earthquakes, you should consider getting this specific type of home insurance policy.

“Generally everything’s covered, as long as it’s attributable to the earthquake,” says Mike. “It’s not part of your normal homeowner’s policy and has to be a separate policy, much like flood.”

This includes dwelling coverage and additional living expenses. It may even give you the money you need to rebuild your home.

Earthquake insurance doesn’t cover fire damage, which is usually part of a standard homeowners insurance policy; floods, even those caused by an earthquake; vehicle damage, which requires comprehensive auto insurance; and sinkhole damage.

Unfortunately, many homeowners forgo this insurance. According to FEMA, only 10% of California’s residents, 11.3% of Washington residents, and only 12.7% residents in Missouri have this insurance. These low numbers are attributed to skyrocketing premium as 60% of Missouri residents had earthquake insurance in 2000.

In the event of a federal disaster declaration, homeowners may be able to receive “disaster loans,” which are low interest loans. The maximum disaster loan amount is $250,000, and average FEMA individual assistance payout is $5,000.

“That could be part of your plan as well,” says Mike. “You cover that deductible with a low interest loan and then the insurance covers the rest of it.”

There are different options, so you need to see which policies and coverages work best for your family.

Prepare and be patient

That’s why you need to take earthquake preparedness steps now because you’re not going to be able to do normal activities, such as running to the store for groceries. You may not even have power or communication.

“Have a plan and have an earthquake kit that’s ready,” says Mike. “Make sure it has water, food, medicine, whatever you need to survive.”

Adds Pataya, “I often hear people in California say they have tennis shoes in their cars, just in case.”

Homeownership can be hard, but it doesn’t have to be. The vipHomeLink home management app can help. In less than four minutes, enjoy a new way to manage your home. Simply download the app, register your home, and enjoy a simplified homeownership experience.

PrevPreviousNeed a Home Energy Assessment? DOE Shares What You Need to Know
Next5 Absolute Genius Tips to Help Make Your Home SmartNext 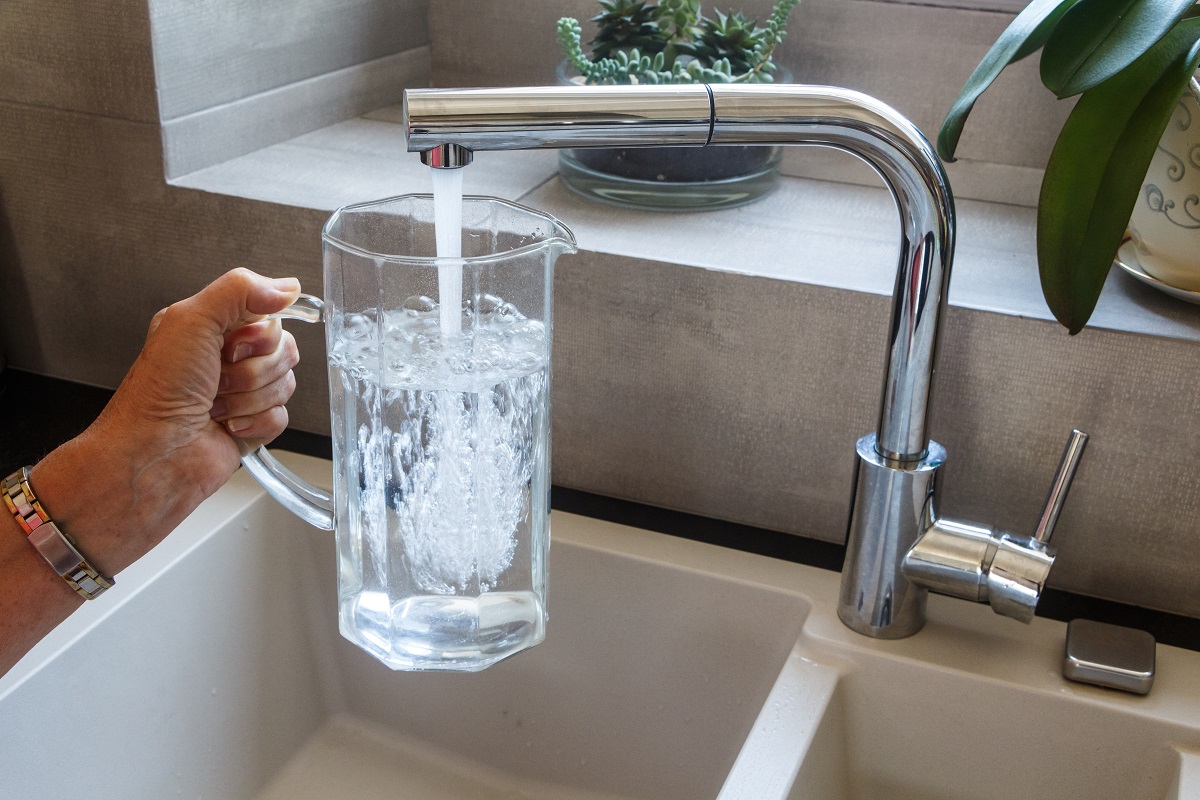 Well, Well, Well – What Do You Need to Know about Well Water Safety? 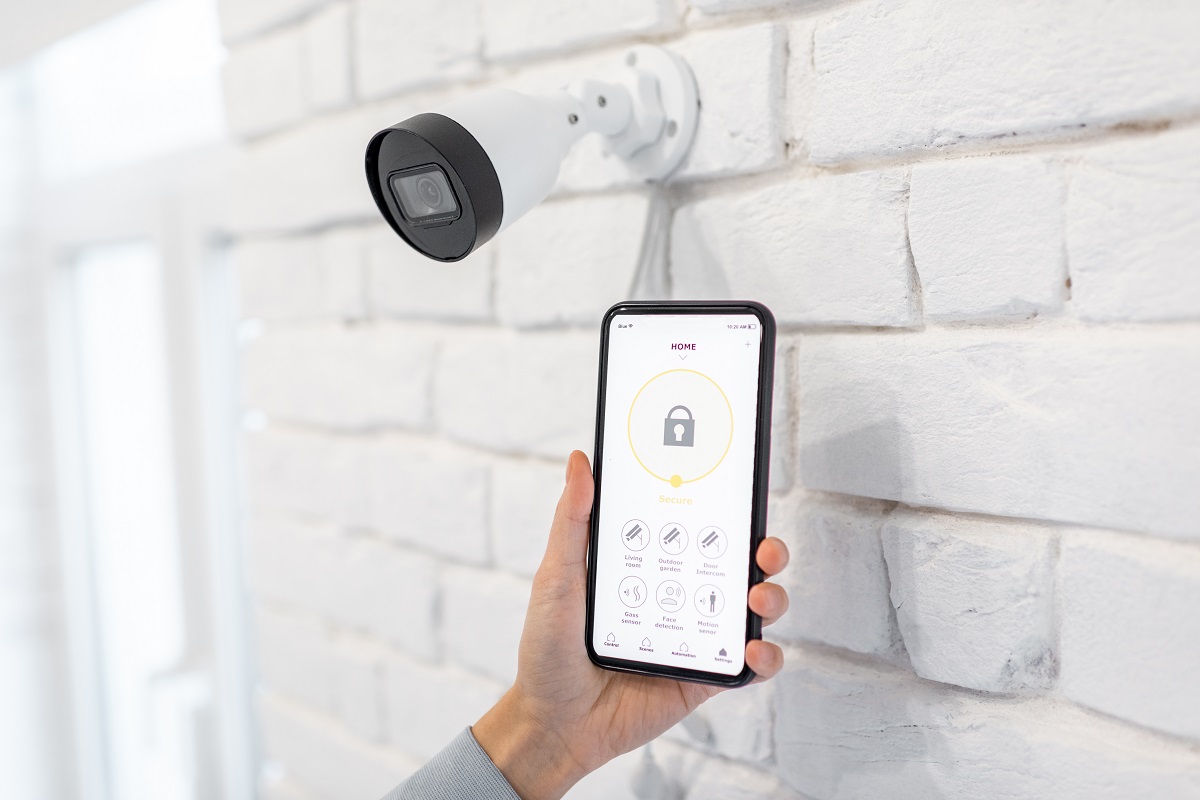 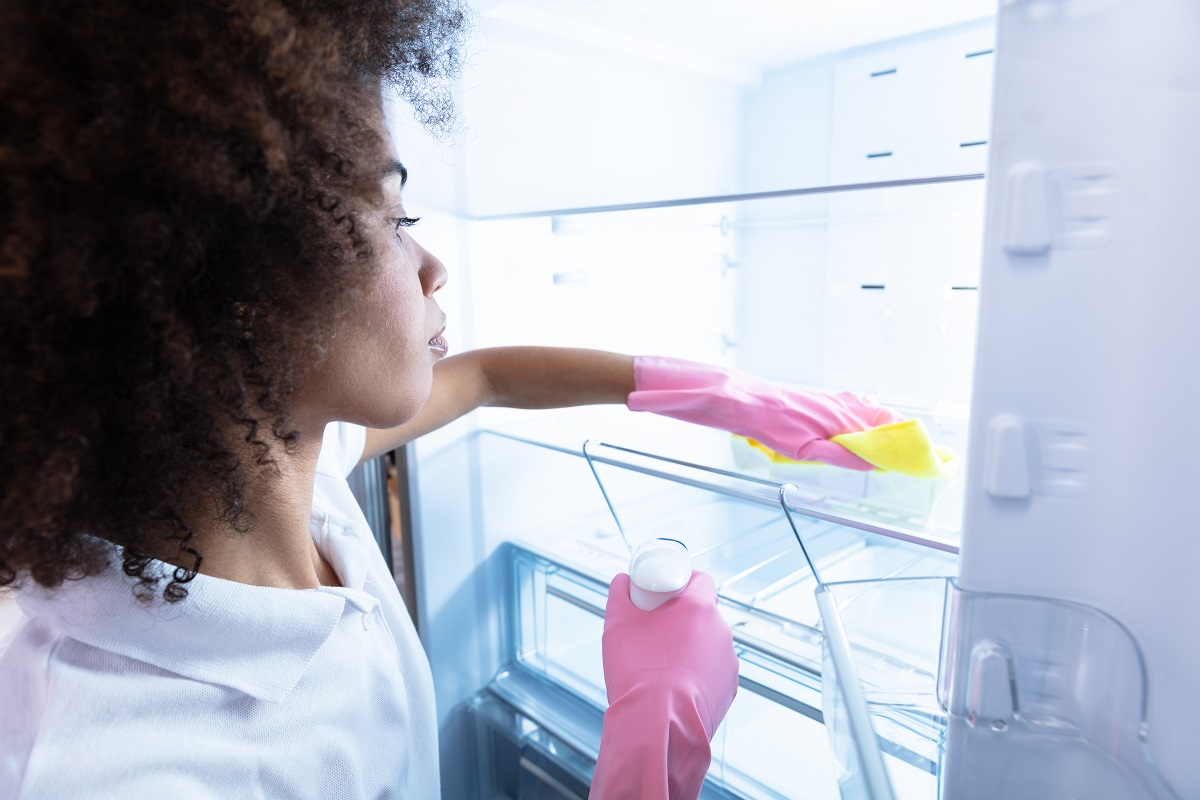 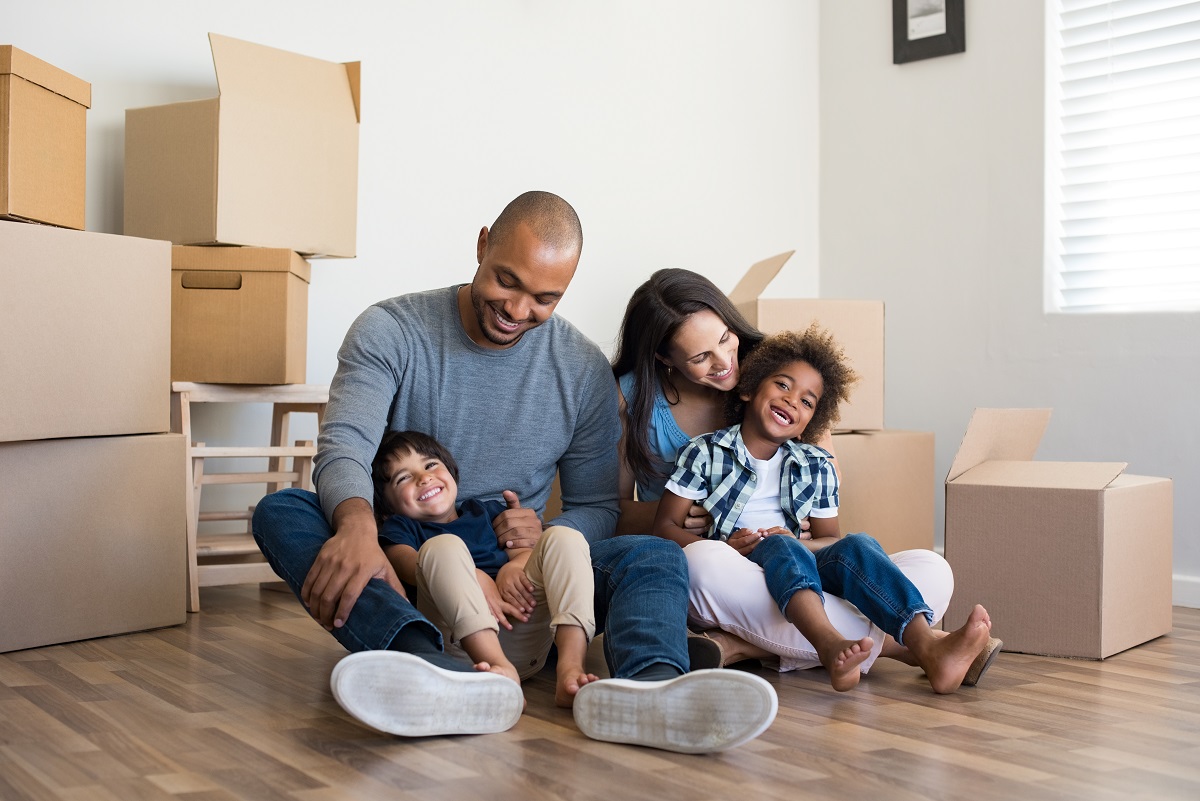 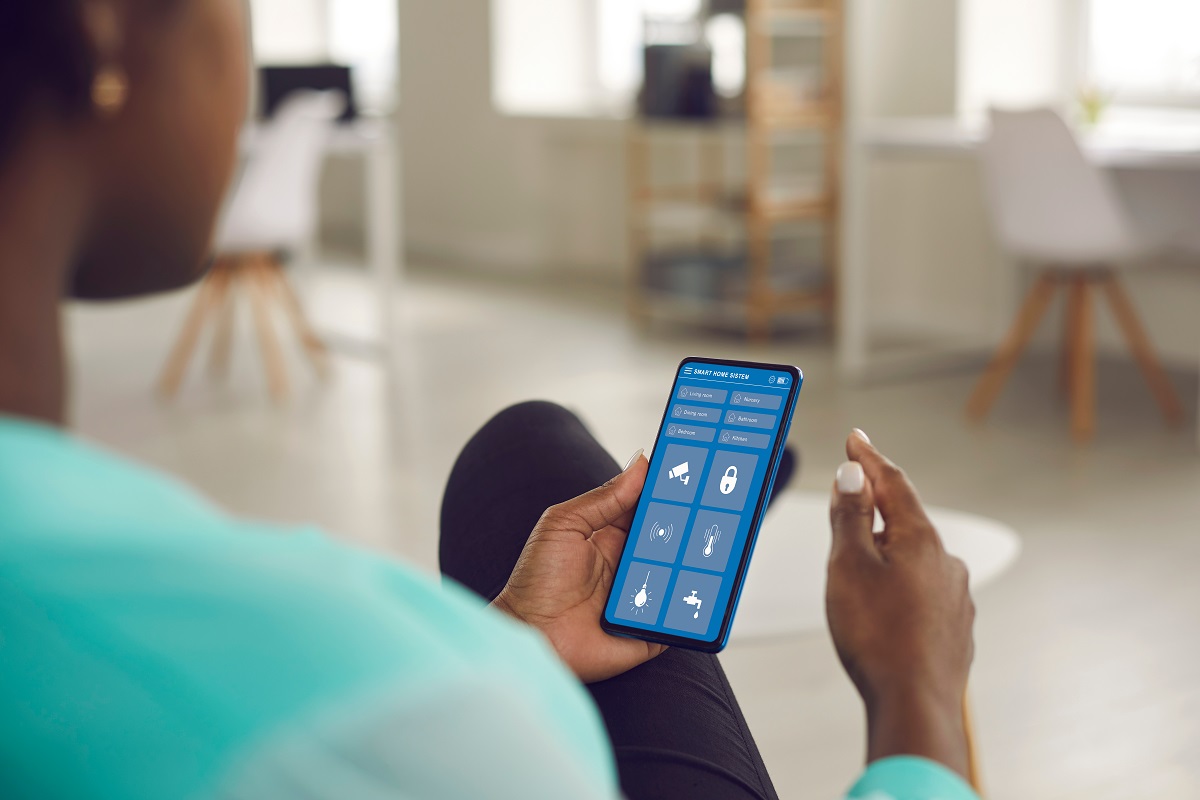